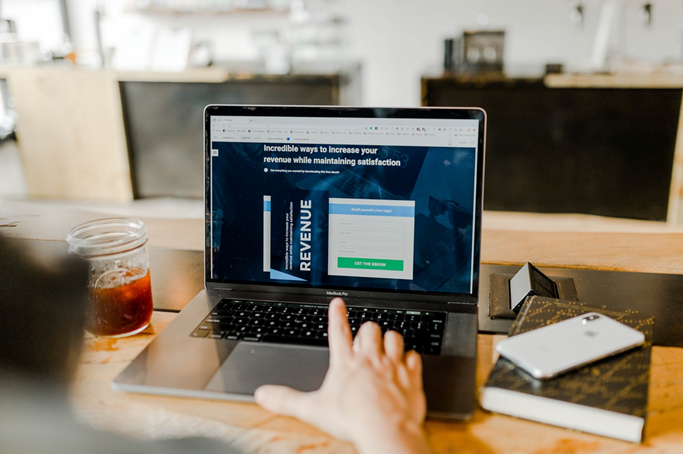 Web development is a wide area of work with unlimited opportunities, and to excel in this field one needs to have the best tools in his pocket. If you are a web developer, by now you should have surely heard about Node JS.

Node JS is a javascript runtime environment that enables developers to run javascript code on a server, which was previously not possible. It has helped developers to perform complex web functionalities on high-speed servers and send just their results to the client-side rather than adding the whole function in a file and sending it to the client-side for performing operations.

This has made it possible for blazing-fast applications and loading times have come down to milliseconds and microseconds due to the advent of Node JS.

Node JS is highly preferred in the development of real-time web applications as well as applications that rely greatly on computation and processing speeds for data to load on a webpage.

Today we are going to walk you through some of the very best features of node Js. We are sure that you’ll be convinced and excited to work with Node Js after this roundup.

Google’s v8 javascript engine is at the heart of Node Js. This v8 engine compiles and converts javascript code into native machine-level code and then begins execution, which results in high speeds of processing.

Due to its fast performance, Node Js is rapidly becoming the first choice for enterprise solutions. The world’s biggest payment processing company PayPal has released a statistic about node Js’s performance. According to a report,  since PayPal has adopted Node Js, it has recorded a 35% decrease in the response times of their applications. Moreover, when this response time was calculated, it had also doubled upon the requests it would send to it its system.

Previously, developing apps were limited to a single platform and they could not be transferred to another platform without encountering problems. But by using Node Js, you can develop cross-platform applications from a single codebase. This means that whether you have a mobile-focused app or a website or any other sort of web application, you can easily convert it to any other application type by just modifying some parts of the code.

This has been the biggest reason for the adoption of Node Js by enterprises, as it helps them to cut down on the cost of hiring dedicated NodeJS developers for different application types. Moreover using Node Js, you can make sure that your company delivers applications and projects rapidly along with the support of different platforms.

While developing applications, we are always required to work on newer challenges, but we can ease down our tasks by using some pre-built modules, libraries, and classes. This is the biggest reason facilitating rapid application development.

Enterprises nowadays choose development frameworks that have the best support and provide a ton of extended libraries, classes, and modules. This helps them to develop and ship products faster than usual.

Node Js’s default package manager is npm, which covers a whopping 850,000 libraries and plugins that can be used for development purposes on the Node Js framework.

Almost 10,000 to 12,000 new libraries are added or updated every week on the npm facility. Such a vast options-list has made it impossible for companies to stay away from node Js.

There are two ways to data processing in software development. One is the linear approach where a piece of code is executed linearly step by step, without waiting for any input. The other data processing approach is event-based, wherein a piece of code is executed only when a particular event is triggered, until then the code’s execution is not done.

Node Js follows an event-based approach for data processing that helps you to eliminate unwanted tasks running in the background, and focus directly and solely on the user’s actions. Whenever a user performs some action, a code corresponding to that action is executed and the result is provided to the user.

Almost all developers today know how to work along with javascript. All developers, whether they are well versed backend developers or distinguished front-end engineers, possess one thing in common and that thing is knowledge of JavaScript. Every developer starts his journey by getting familiar with javascript.

Using javascript at both ends also means that you can shift your employees to whatever end they‘re familiar with.

Node Js is future-ready, as it has support for all kinds of latest databases. NoSQL databases transfer data using the syntax of the javascript language. This makes it relatively easy for developers to write codes that facilitate data transfers.

Using Node Js is fairly simple with new-age databases like MongoDB, graphQL, and other prominent NoSQL databases because of the simple syntax and easier configuration process. You can quickly connect to a database and start serving and processing data using Node Js as a backend framework.

Node Js has one of the fastest execution speeds in the current age, thus making it the best platform for developing microservices. Because of its usefulness in the development of microservices, node js has become a big hit among developers rapidly.

If you don’t know what microservices are, let me tell you it is simply distributing and breaking down functionalities into smaller chunks that can be managed and developed easily. Moreover, these small functionalities resemble a big function of the application and they need to be interconnected.

This is the reason for node js being an emerging choice for the development of microservices.

The biggest problem of some older languages and frameworks was that they were not scalable according to the increasing demands and needs of the applications. This is where Node Js comes into the picture,  the leading motive behind the development of Node Js was to facilitate easier options for scalability.

Scaling Node Js applications is relatively easy compared to previous frameworks because it has a modern load balancer that can help you to run multiple nodes of an application at a single time.

One underrated feature of Node Js is that it can be used as a proxy server for handling different services.

Almost all modern apps have some sort of third-party integrations within them, these all third-party integrations may have different response times due to differences in locations, traffic rates as well as response times. To make sure that data is supplied correctly for a computation to occur, it is necessary to use a proxy server-like thing that can hold on to all the required data and then send it to the functions for execution.

Node Js rules here too; it is highly efficient in communicating with third-party resources, APIs, databases, and all sorts of things.

With the advent of Node Js in the development of web applications, better deployment and hosting options are continuously on the rise.

There is constant competition for providing easier deployment and hosting platforms for Node Js applications. Heroku and some other PaaS providers have lessened down the deployment processes to only one command, writing that would take care of all your deployment issues and problems.

When there is a need to develop applications that support two-way real-time data processing, Node Js should be your first choice. Because it has great features like usage of web sockets, superfast javascript engine and support for multithreading, it ease the tasks of developers. When speed is the decision-making point for your web application, you should surely proceed with node Js. Finally, no programming framework or language is easy, it solely depends on the level of your development team.  But we surely recommend you giving a try to adapting Node Js.